From September, 2009 until late 2012, Derek Gee Installations Pty Ltd had up to 40 employees on the Victoria Desalination Project, located in Wonthaggi, Victoria.

Contracted to Thiess, Derek Gee Installations Pty Ltd initially worked on the underground pipe work, which involved fibreglass lamination and joints for up to 6km of subsurface high-pressure pipes. We also completed all the on-site assembly of the GRP piping in the Reverse Osmosis building.

Capable of producing water to the quality and quantity required, and can deliver up to 150 gigalitres (one hundred and fifty billion litres) of high quality water to Melbourne’s water network if required by removing salts and minerals from seawater by passing it through reverse osmosis membranes. It is capable of providing around a third of Melbourne's annual water consumption. 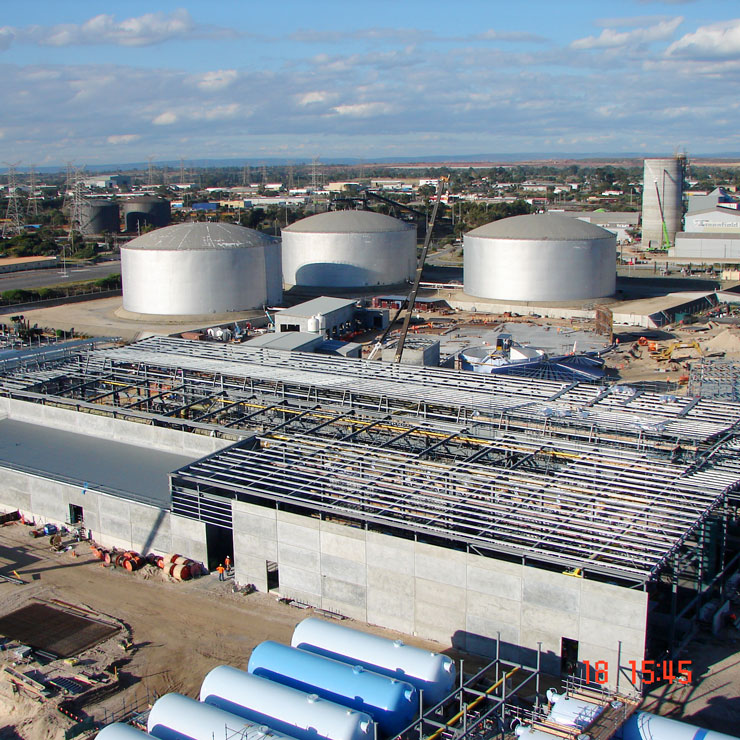 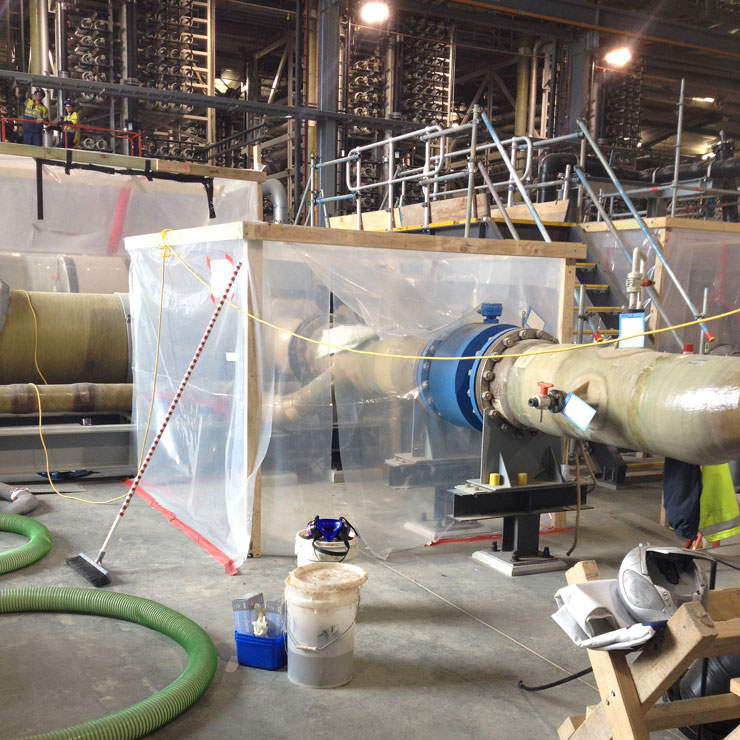 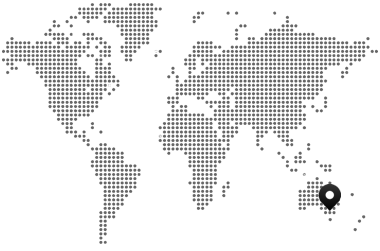